13 Top Things to Do in Astoria – Why is Astoria, Oregon, Worth Visiting?

Astoria, the western-most city of Oregon, is on many people’s bucket lists and for all the right reasons. There are many things to do in Astoria, Oregon, that can give you a pretty good time.

From witnessing history at the Museum of Whimsy to taking pics in front of the massive Astoria Column and from listening to water at Youngs River Falls to having a walk on the bank of the Columbia River just before it enters the greatest ocean in the world, you can do pretty much everything in this port city.

1. When to Visit Astoria, Oregon?

The best time to visit Oregon depends on your preferences. There can be two takes at it. You can either go when the climate is favorable, but there are many tourists, or when the weather is a bit unforgiving, but the place has few tourists.

The winter in Astoria is cold enough to make you wear a jacket but not cold enough for skiing and winter sports. Summers are mildly warm and very comfortable. Understandably, that is also the time when this coastal city gets the most visitors.

If you want to enjoy the weather and don’t mind some hundred people sharing the beach with you, May to August is the best time to visit Astoria, Oregon, for you. Alternatively, if you want the beach isolated and want some time alone, October to March is suitable for you.

Now that you know when to go to Astoria, the next thing is how to get there. We have some advice on that as well.

2. Easiest Way to Go to Astoria

Astoria is situated around 100 miles from both Oregon City and Portland. You can either drive there or take a bus or train. If you ask us, driving in your car is the best way to get from Portland to Astoria, Oregon, as there are various places along the way that are worth seeing. The drive from Portland to Astoria and also from Oregon city to Astoria takes around just two hours.

In case you’ve already landed in Portland or Oregon City and don’t want to rent a car, you can enjoy several public transport options, such as:

Now that you have reached Astoria, let’s see what this amazing port city has to offer, starting with the natural attractions.

When a city is located at the junction point of one of the largest rivers in the world and the planet’s greatest ocean, it is reasonable to assume that it would have many natural attractions. Astoria doesn’t shatter your hopes at that front at all.

While it would be quite a task to list all of them, two natural Astoria attractions are an integral part of any trip to this remarkable city.

If you want to enjoy the beauty of the sun slowly moving below the horizon, you can go to the Columbia Riverwalk and have a walk along the Astoria Riverfront. Watching the great Columbia river flowing towards the ocean with the sun setting right in front of you is something you can only witness in this port city. If you want more, you can always cruise along the Columbia River to enjoy it in all its glory. 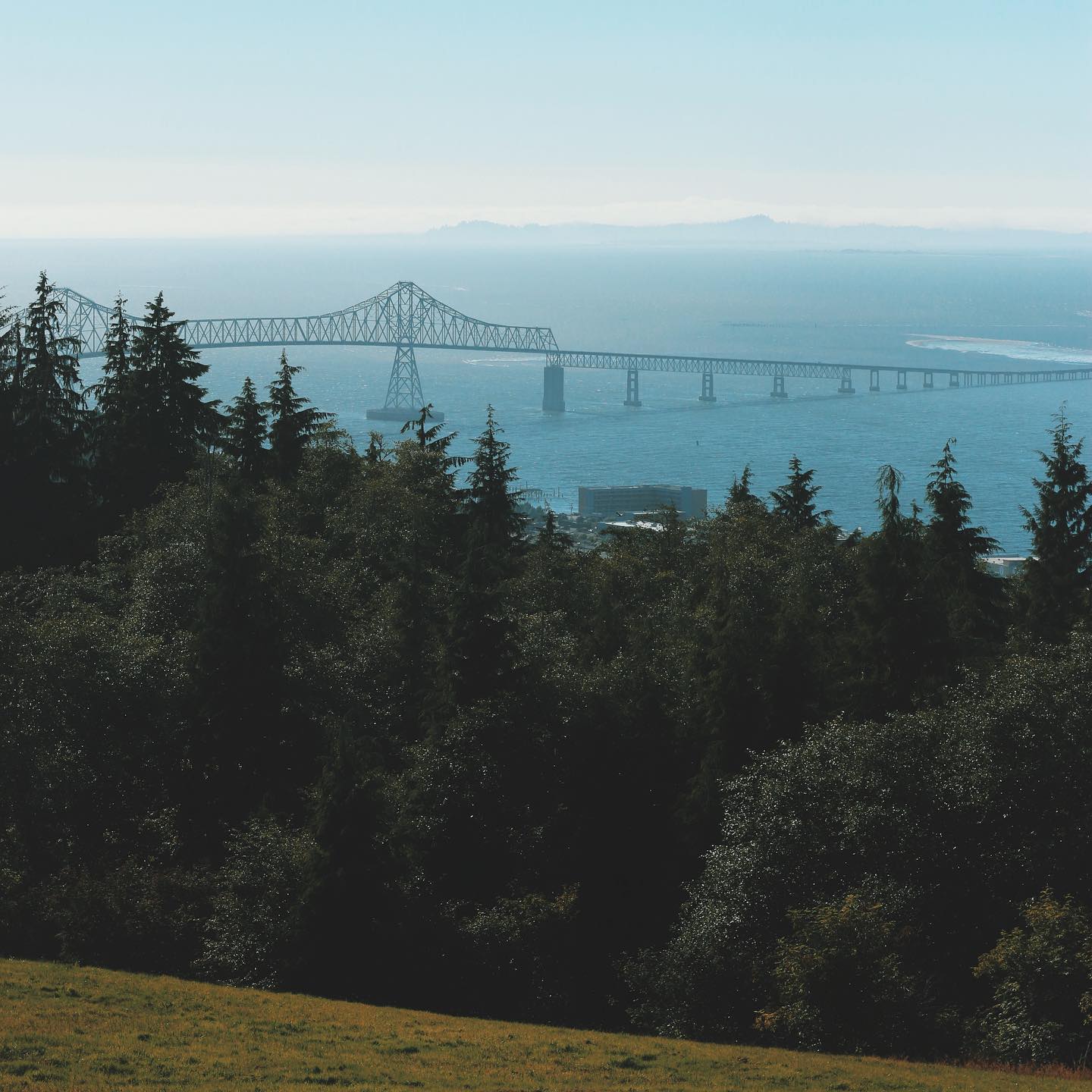 Cannon Beach – One of the Best Beaches in the World

The Caribbean might have some of the best beaches in the world, but do you really want to sunbathe next to 1,000 people? Cannon Beach is the one that gives you the view of the sea without a crowd of people.

Cannon Beach, Oregon, is a small city of around 1,500 people, just 25 miles from Astoria. If you go to Astoria, Cannon Beach Oregon camping is something you must keep on your list. When the night of the full moon falls on the ocean, and all you can see out of your camp is the Mighty Pacific appearing like it’s made of molten silver, you get the peace that you need to rethink your life.

After you have had a romantic time on the riverfront and the beach, it’s time to flex some muscles.

4. Activities to Do in Astoria – Trails and Waterfalls

If your version of a perfect getaway includes hiking, Astoria will satisfy you on this front too. As one of the favorite Astoria activities, you can visit the waterfalls and hiking trails in Astoria, Oregon. Here are the top destinations you shouldn’t miss.

At just 1.4 miles from Astoria City, this is an out and back trail that stretches 1.6 miles. It has moderate traffic and is suitable for hikers of all skill levels. Nature has decorated this trail with beautiful wildflowers, and that’s probably what you’d like the most about it.

This trail is 18 miles from Astoria city and stretches 6.6 miles. It is rated as moderate and is open for pets too. Decorated by wildflowers and small waterfalls, this trail is the best to visit from March to October.

These 54-foot falls are one of the favorite tourist destinations in Astoria. Situated just 10 miles from the city, Young River Falls present a good place to observe nature with the best natural music ever, water falling off a cliff.

Netul River Falls are among the noteworthy waterfalls near Astoria, Oregon. Visiting Netul River Falls is a two-in-one offer: you get to observe the waterfall, and you also get the chance to trek a 2-mile moderate hike.

After you’re done hiking in Astoria, Oregon, you can go to the historical and cultural sites.

Being one of the oldest settlements in America, Astoria is a city with rich culture and history. Observing nature in this city and not witnessing the history and culture would be an injustice to the amazing town. These attractions are every bit as good as the natural ones Astoria has to offer. If you’re a history lover, these are the things to see in Astoria, Oregon, for you.

Astoria Riverfront Trolley is a 3-mile heritage streetcar line. It follows a former freight railroad track along and near the Columbia River. Unlike other train lines, it does not have any overhead lines and uses a portable diesel generator to supply the electricity to move it. 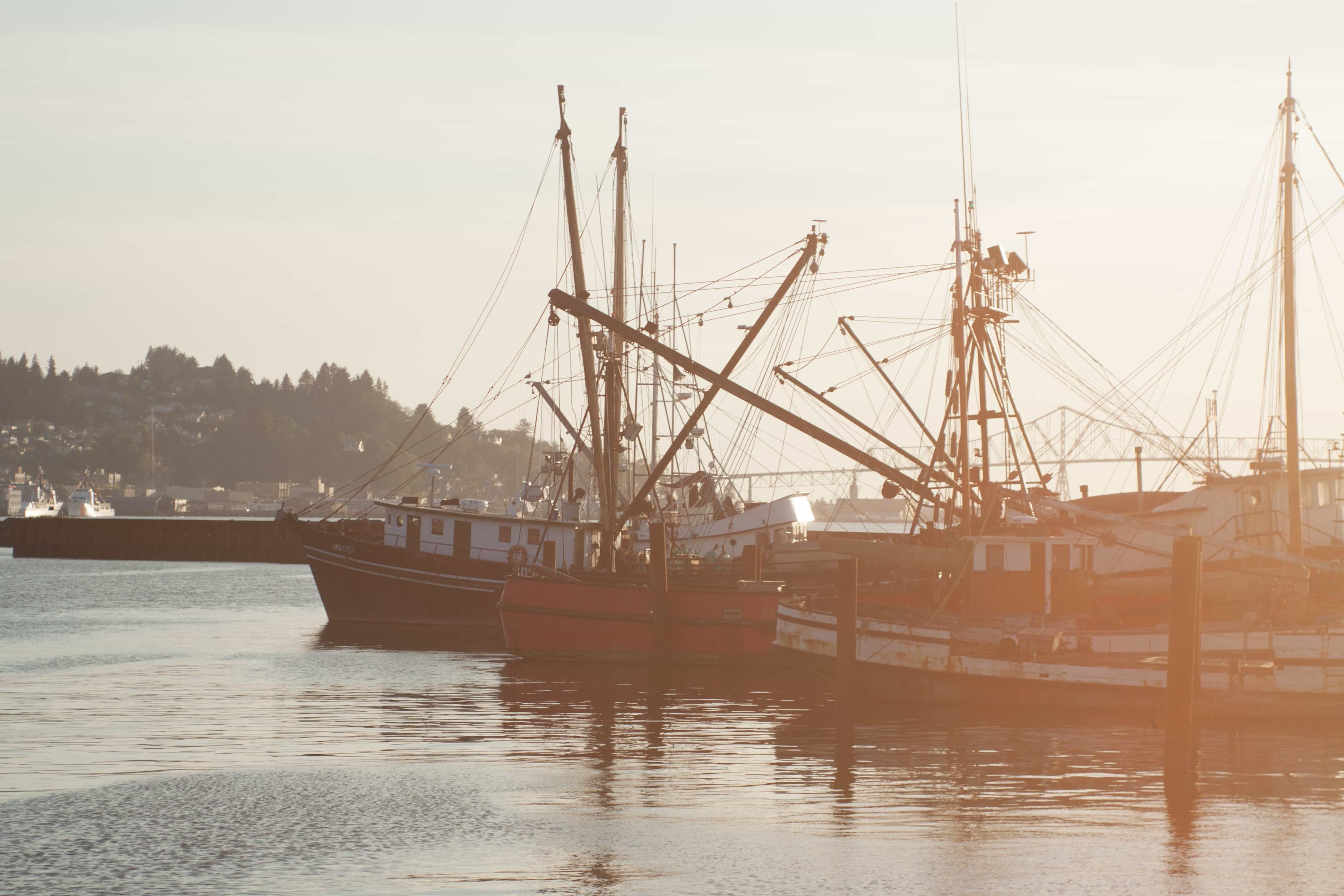 Situated just out of downtown Astoria, this museum overlooks the Columbia River. It is kid-friendly and showcases the contemporary maritime history of the state of Oregon in a great manner. The cultural, natural, and historical features of the Columbia River are exhibited by the museum in the form of historic cannons and artifacts found in the sand.

Columbia River Maritime Museum boasts the biggest collection of Pacific Northwest maritime artifacts in the entire world. You can also watch a special 3D movie at the museum for a little additional fee. If you plan to stay in the city for the whole summer, you can enroll in classes on things like underwater robotics and kayak building.

This museum can be accessed easily via the Astoria Riverfront Trolley. It is housed in a 19th-century building which itself is an artifact of the past. The firefighter antiques inside the museum are just as amazing and vintage as the building itself. The most notable items along these are the firefighter engines that can tell you how firefighting has advanced over time.

Uppertown Firefighters Museum is managed and operated by the Clatsop County Historical Society and has limited visiting hours around the year. If you plan on visiting it, you should get an appointment from the society beforehand to avoid any inconvenience.

This museum is also operated by the Clatsop County Historical Society. It is situated on a hill just out of downtown Astoria and houses some of the most important exhibits that shine a light on the history of the region.

From the tools the locals used a thousand years ago to a mock-up of a prohibition-era wild west salon, Heritage Museum has everything. The building the museum is housed in is also of historical significance. It was constructed in 1904 and served as the City Hall until 1939. You can visit the museum any day between May and September.

You know just enough about Astoria, Oregon, to be a tour guide for the city. All that’s left to know is what to eat in this city and where to stay.

6. Places to Eat in Astoria Region

As you are reading this article, you might have noticed that Astoria is a perfect location for your next holiday. That’s because it is. The food here also reflects that. Here are some of the best Astoria, Oregon, restaurants:

Situated at 422 W Marine Drive, Portway offers some really nice and affordable drinks and the best food any bar in the city can come up with. The things that gave this bar a place on this list include:

While you can try any food here and will not be disappointed, our recommendation is the Golden fried fish and chips. It is made with waffle fries and some very nice beef and caramelized onions. 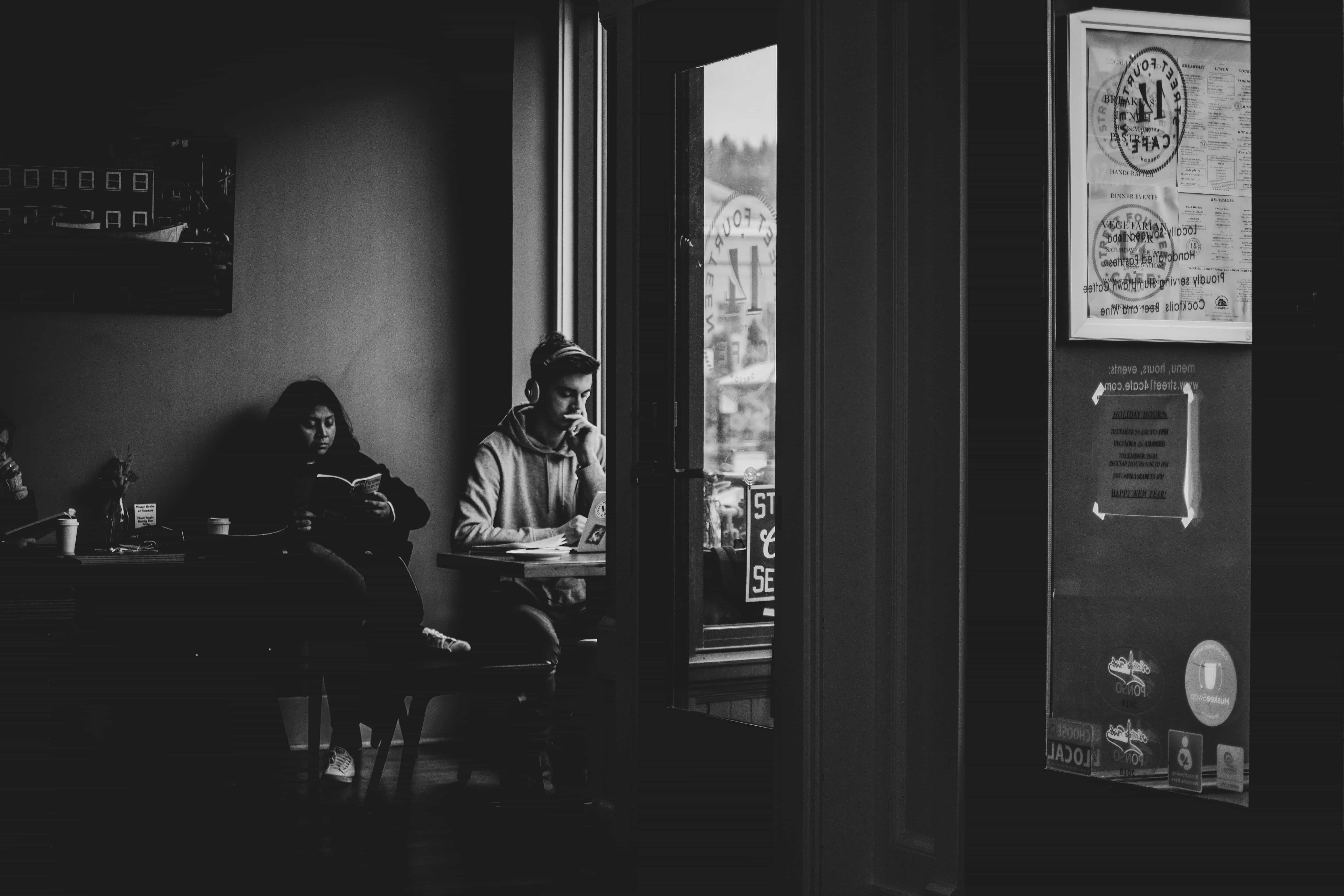 At 1 8th Street is the Buoy Beer company, a place sitting right over the Columbia River. The bar is situated in an old cannery with windows. You can sip the fantastic beer they have to offer while looking at the Astoria-Megler Bridge and passing ships.

The menu of this bar spans all the way from beer and ale to seafood like rockfish and fried oysters. If you want a light snack while looking at the sun setting behind the Columbia River or eat and drink to your full, this place is where you want to go.

At 915 Commercial Street is the Drina Daisy Bosnian Restaurant. If you are not in the mood to visit a western-style bar and instead want a fine dining experience, this restaurant is what you might be looking for. From smoked beef sausages to all kinds of Bosnian food presented in a very civil manner, this restaurant has the best food in Astoria, Oregon – one that will have you licking your fingers.

7. Places to Stay in Astoria, Oregon

If you want to live closer to Astoria’s Museums, several downtown hotels can accommodate you at pretty reasonable prices. In case you are on a tight budget, you can opt to stay in the cheaper hotels that do not have good views or as many amenities but can save you some money.

Astoria is a city worth visiting, by all means. Whether you like nature, want to witness history, or love exploring new locations, this city has them all. From going up trails to seeing how firefighting has evolved over all these years, you can practically do anything here. Astoria also has bars, restaurants, and hotels of the best quality to make your stay the best time of your life.

If you want to explore more of the U.S., Selina has several accommodations ready for you. Just decide where you want to go and leave everything else to us!

Top Things to Do in Astoria FAQs