Getting from Costa Rica to Panama: complete guide

While Costa Rica is known for its lush green vegetation and unique wildlife, its neighbouring country of Panama is instead famed for Latin dance and arts culture. Plus, the Panamanian adoption of the US Dollar makes it easy for visitors from the States, as it presents as a melting pot of traditional Latin and new wave American culture.

So it’s no wonder that many are choosing to extend their trip to Costa Rica, and Panama is the obvious choice. But when transiting the border from Costa Rica to Panama, there are a few different options to know about.

There is an enormous flow of people moving through the Costa Rica- Panama border. Not just tourists, local migrants also use these channels to move between locations. Border crossing can be a nerve-wracking experience for even the most well-travelled among us, but resting in the knowledge that this is an incredibly popular route (which thousands of people use every single day) may make things easier.

With the distance from San Jose, Costa Rica to Panama City, Panama just a 12-hour drive, the Costa Rica-Panama border should make a trip through Central America one of the simplest journeys in the world.

There are various different crossing methods and locations when travelling from Costa Rica to Panama or vice versa. Your last stop in Costa Rica will determine which land border to use.

The Pasos Canoas border is best if travelling from the Pacific Coast side of Costa Rica. This includes Tamarindo, Jaco, Monteverde, La Fortuna, and Manuel Antonio to name a few of the most popular tourist towns.

The other border, Sixaola, is on the Caribbean side and is best used if your last destination in Costa Rica is Puerto Viejo or Limon and if you want to travel to Bocas Del Toro in Panamá.

Finally, those wanting to go from capital to capital (San Jose Costa Rica to Panama City) would probably prefer to take the one hour flight.

Bus from Costa Rica to Panama

Let’s start with the most common method of transportation: Costa Rica to Panama bus. Now, when imagining a Central American bus, experienced travellers may cringe at old memories of over-crowded ‘chicken’ bus rides, with rickety squeaking brakes and worn down wheels. Fortunately, Costa Rican buses pull out all the stops.

These buses are built with long journeys in mind, which means plenty of legroom and padding on the seats. Most bus companies will supply one bus to drop travellers at the border on the Costa Rican side, while another waits to pick them up on the Panama side. 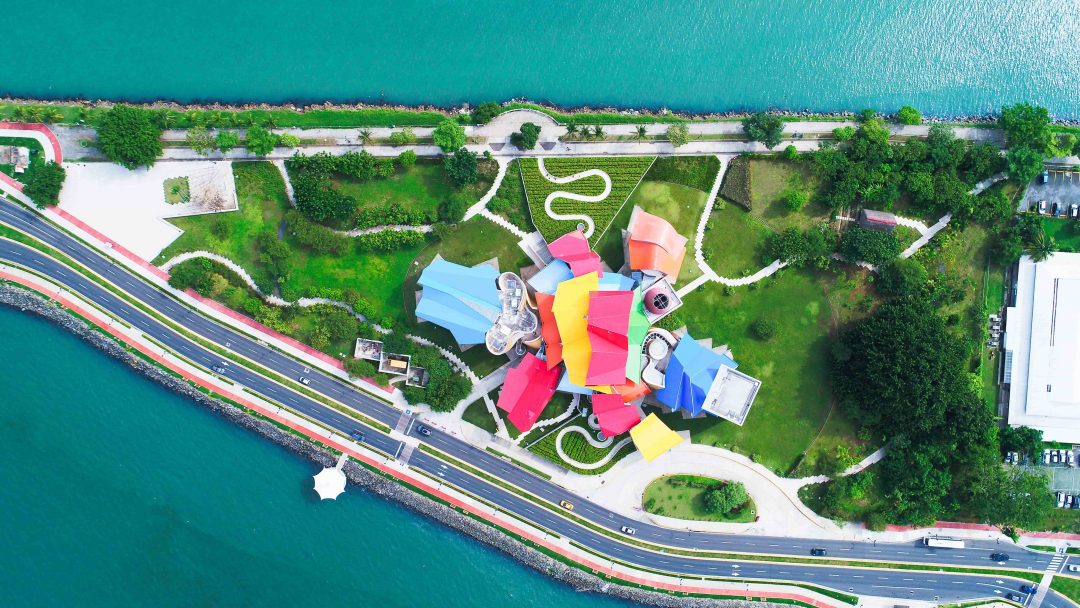 What do you need to cross the border by land?

How to cross the border

Your bus will drop you off a few minutes’ walk to the immigration office. Upon alighting the bus;

There is a machine inside the immigration office, but it does not work most of the time. There are a couple of offices directly opposite the immigration offices where you can pay manually. Look for any outlet written ‘Impuestos’ and pay 8 USD. You’ll be issued with a receipt after payment. Be sure not to lose it.

2. Get an exit stamp out of Costa Rica

After paying your departure tax, cross the highway, and head directly to the immigration office. It’s a huge structure painted blue and white and with concrete pillars. Look for a window with a blue placard written ‘Salida del Pais.’

Before queueing, cut to the front and ask the attendant to issue you with Costa Rica’s exit form. You’ll need to fill out this form as you slowly near the window.

The form asks for basic information, including your name, passport number, and destination.

Upon reaching the window, you’ll be required to present;

Upon verification, the agent will stamp an exit stamp on your passport, and you’ll be good to head to Panama’s Migration offices.

Once your passport has been stamped, you’ll need to make a 5-10 minutes walk to the Panama Migration offices. Since this building can be a tad hard to locate, either follow other people coming from the Costa Rica Migration offices or ask. Most locals are always willing to help.

All in all, it’s a large, modern structure (much better than that of Costa Rica) with a slew of glass window counters.

Before joining any queue, you’ll need to pay 1 USD to a person seated outside the office entrance. This fee is for the necessary paper stamp that you need to enter Panama. 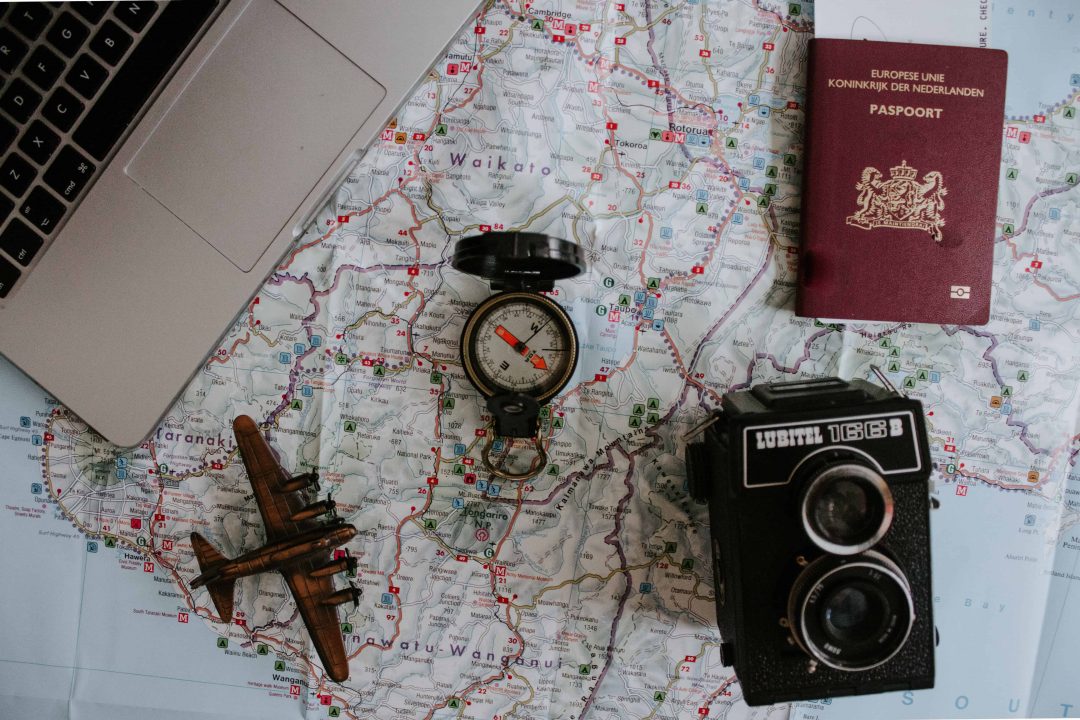 4. Speak to a migration official

After getting the paper stamp, join the entrada line and wait to speak to an agent. He/she will ask you a few questions, for instance, your destination and how long your visit is expected to last.

5. Get an entry stamp

The last step before you are allowed to get into Panama from Costa Rica is having your fingerprints and photo taken. Your passport will then be stamped with an entry stamp.

When getting from Costa Rica to Panama by land on the Caribbean side, most people will cross via the Sixaola border. This is just a 40-minute drive from the popular surf town of Puerto Viejo, and 2 and a half hours from Bocas del Toro islands in Panama.

Here are the details for how to travel from Costa Rica to Panama from Puerto Viejo to Bocas del Toro:

For visitors to the pacific towns of Jaco and Manuel Antonio on their trip to Costa Rica and Panama, the Paso Canoas border will be a better choice if crossing by land. This also makes more sense for those wanting to explore Panama city or any location on the pacific side of Panama.

Here are some things to note:

The Paso Canoas is among the busiest Panama Costa Rica crossing borders due to commercial traffic. Needless to mention, going through can be very chaotic for first-timers.

It gets even worse, especially for those who are detained at the immigration offices for lacking any of the necessary documents. Mind you, in the case of being underprepared, chances are that the bus will leave with no refund.

Flights from Costa Rica to Panama

Flying from Costa Rica to Panama is likely going to be the most convenient option, even though it costs significantly more than the bus. For tourists without time on their side, this method of transportation will likely make the most sense. This is especially true for those travelling straight from Panama city to Costa Rica since it is situated at the south end of the country whereas Costa Rica is to the north. 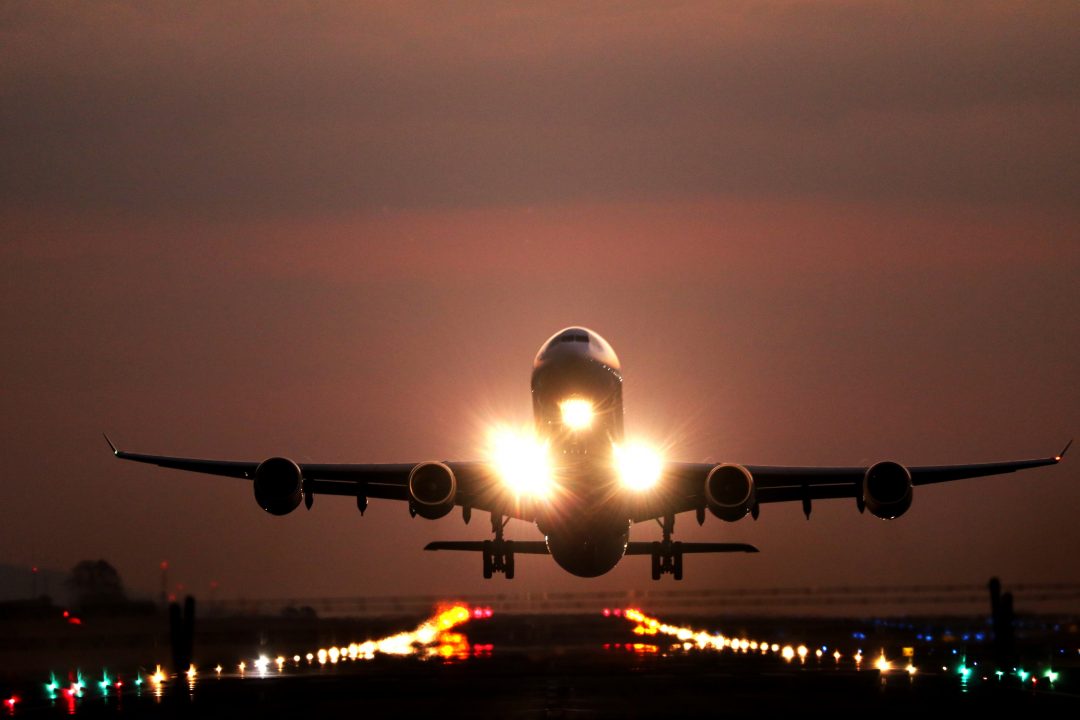 Costa Rica has two major international airports: San Juan Santamaria (near San Jose), and Liberia (near the towns of Tamarindo, Santa Teresa and Nosara). From San Juan Santamaria, the flight to Panama city takes just over an hour and should cost between $150 and $200.

These flights occur daily and the two local airlines, Copa Air and Avianca are likely to offer the best rates, as well as the most frequent schedule.

What do you need to cross the border by air?

When flying from Costa Rica to Panama, there is already a $29 exit fee included in your plane ticket price. Here are some other things that you will need:

Cruise from Costa Rica to Panama

Did you know that you can sail your way around Costa Rica and through the Panama canal? A much more leisurely journey, this is all about seeing the sights along the way instead of getting from A to B.

Getting from Costa Rica to Panama city by sea could actually take up to 14 days, with plenty of stops along the way to show you the volcanoes, natural rainforest and beautiful beach towns of both countries. It is a much more luxurious way to travel, so will likely cost a small fortune in comparison to the other methods of transport.

For those who enjoy cruising the waters, why not carry on the adventure and head towards Colombia through the San Blas islands? An archipelago made up of 378 islands, they are home to a unique indigenous population and are the closest thing to paradise islands that most of us will ever find. 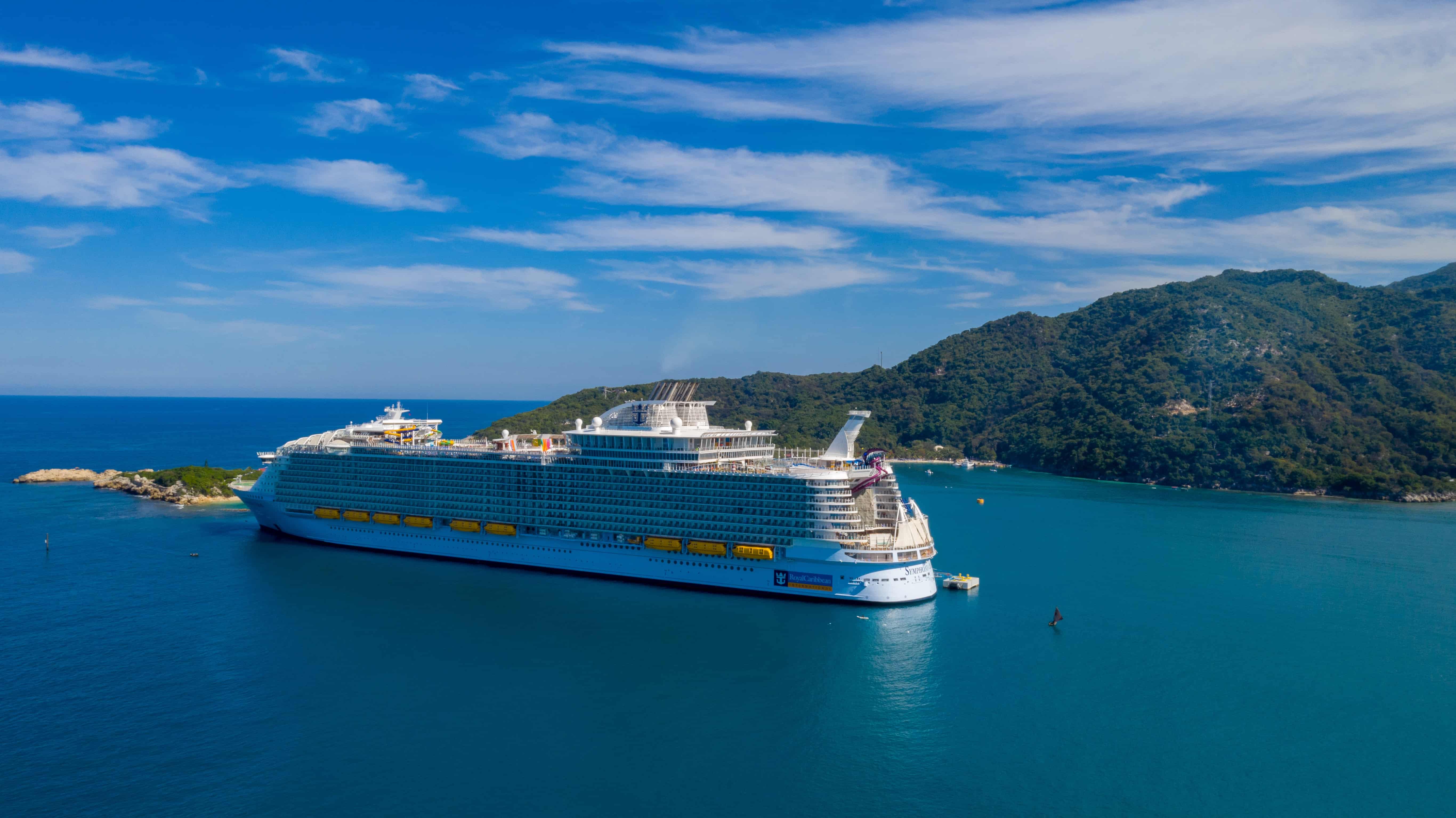 What do you need to cross the border by sea?

‘Crossing the border’ from Costa Rica to Panama in this case will actually occur when you enter the first port in Panama. A passport, valid for more than 6 months from arrival is required, alongside a negative covid test for those who are unvaccinated.

Fortunately, pretty much everything mentioned in this article can be reversed for getting from Panama to Costa Rica. The entry and exit requirements are the only things that are likely to change slightly as the focus turns toward Costa Rican regulations.

Where to Stay in Panama

After learning how to get from Costa Rica to Panama, there are a few different places in Panama that should be on the list to see. 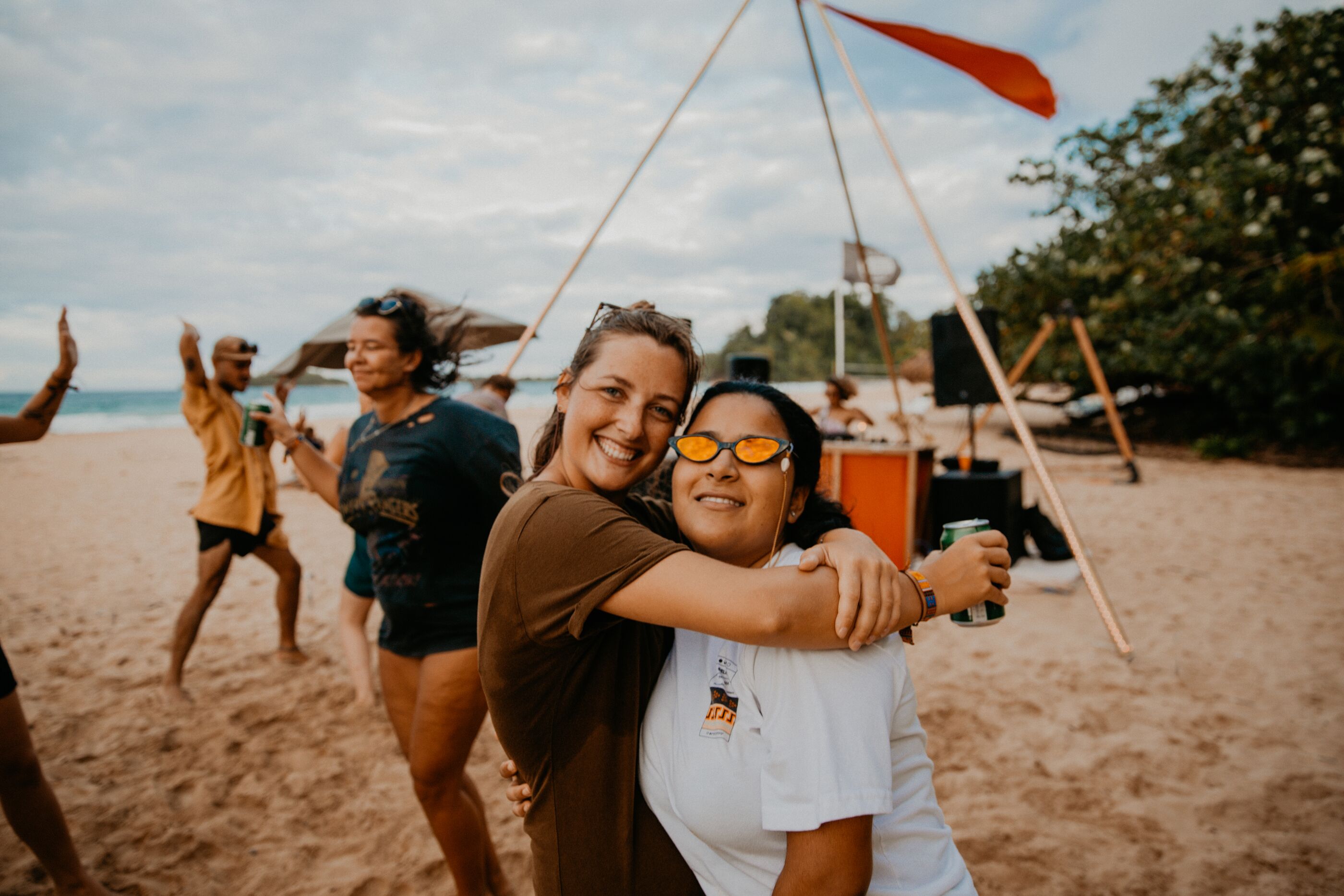 Explore and enjoy all that Panamá has to offer, from #islandlife in Bocas Del Toro, epic waves on the Pacific Coast and a diverse capital city of old traditions and architecture effectively pieced together with the modern world in Panamá City. Whether you’re a digital nomad, a curious backpacker or holiday-maker, Selina’s Panamá accommodation is sure to give you the atmosphere and facilities you’re seeking.