New York City is a tourist hub and probably on everyone’s bucket list of cities to visit. Over 50 million visitors flock to the town every year. The Big Apple, as it’s popularly called, offers breathtaking sights, world-famous landmarks, and unique energy like no other city.

New York City is America’s largest and most populous city. Therefore, finding places to stay in New York City without burning through your travel budget can be quite the task.

New York is an expensive city to live in, and you may need a guide to help you maximize your funds. It’ll help if you prepare to spend a bit more in the city than you’d in other parts of the US.

Accommodation prices are often the most prominent cause of concern for visitors to New York.

This guide will help you find the right place to stay in New York City so you can make the most of your Big Apple Experience.

Presently the world’s most vital cultural and economic capital due to its excellence, New York City offers a style of life and atmosphere that’s unique and difficult to get elsewhere.

The feelings of walking over the Brooklyn Bridge, enjoying an evening alone or with a group in Times Square, Shopping at Fifth Avenue, or seeing a musical on Broadway, are indescribable and better experienced than explained.

New York City is a large town divided into five districts known as boroughs: Manhattan, Brooklyn, Queens, The Bronx, and Staten Island. Depending on your preference and priorities, any of them will surely suit your image of the best places to stay in NYC.

Manhattan: Most visitors to New York City spend their time in Manhattan. You can describe Manhattan as the soul of the City. The City has a grid system organization, so it’s pretty easy to find your way around.

Manhattan is home to most of the famous sights and main attractions in New York City.

Brooklyn: As the most populous borough in NYC, Brooklyn attracts both the history buffs and hipsters. There’s no defining draw, seeing as people prefer the area for various reasons, including live music, eclectic dishes, world-class culture, amongst others.

The Bronx: Filled with various parks running into hundreds of acres and home to the largest park in New York City, The Bronx features historic homes and rich hip-hop history.

Queens: As the largest borough in the City, Queens is popular for its food scene, ranging from hot pots outside Sichuan to exquisite Greek souvlaki. Queens is also a leading destination for nature lovers, sports fans, and modern art enthusiasts.

Staten Island: Known as the greenest borough in NYC, Staten Island is easily accessible through a scenic ride on the ferry. Rich with maritime history, this charming North Shore is famous for its vast parkland, beaches, and a preserved colonial village. Tourists see this borough as a getaway within the City. 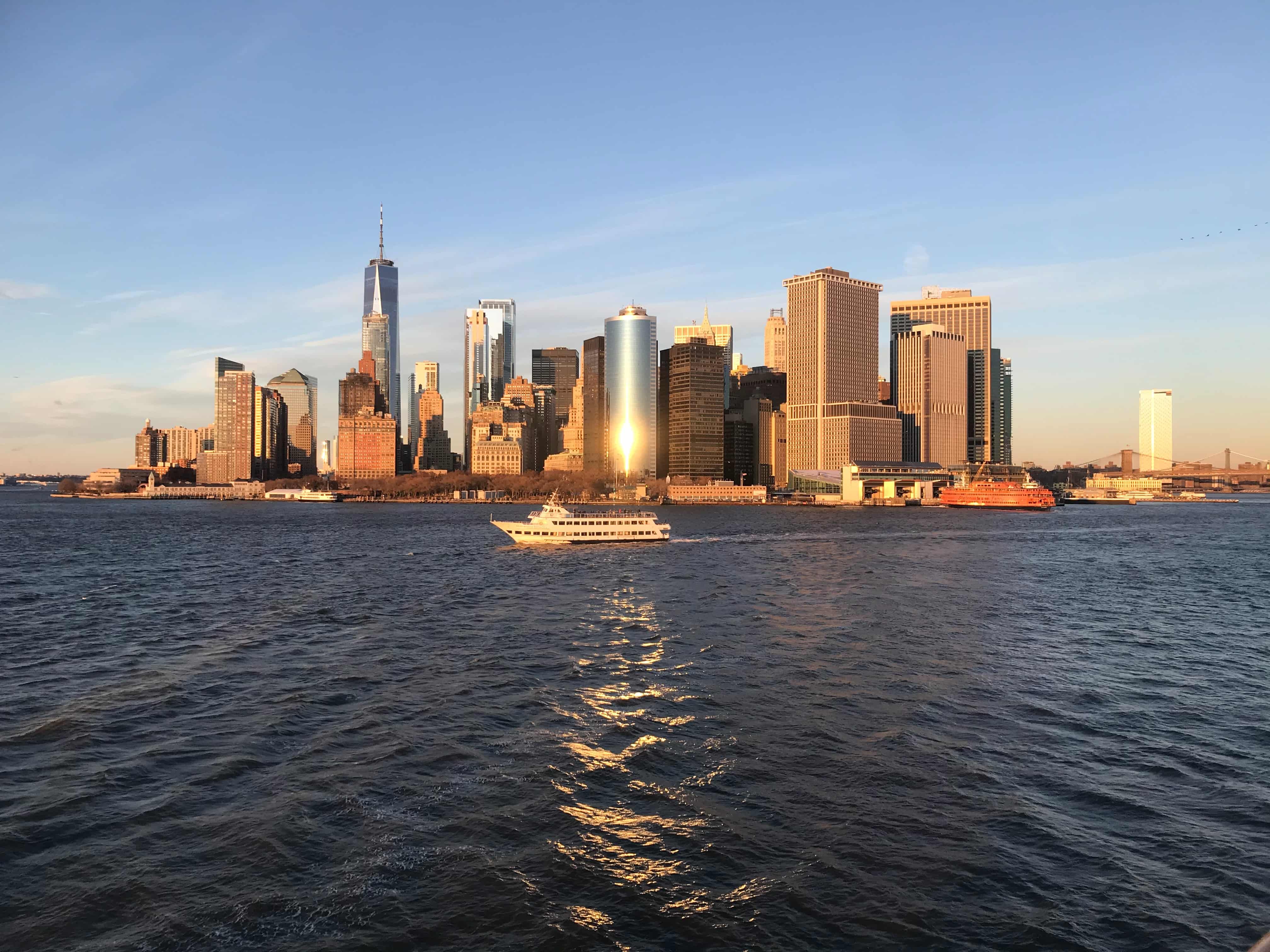 If you intend to catch the breathtaking sights of New York City, then Midtown Manhattan is where you want to be. As the heart of Manhattan, Midtown extends from the Hudson River to the East River.

Midtown’s thriving streets and iconic architecture offer the typical New York adventure to every first-time visitor, making it one of the best places to stay for your first time in New York.

Midtown is home to the Empire State Building, Central Park, Times Square, the Rockefeller Center, Broadway Street, and the famous Fifth Avenue. The subway lines connect through Midtown, making it easy for first-timers to access other parts of town. Hence, it tops our list of the best neighborhoods to stay in NYC.

Tourists who wish to enjoy the New York way of living without staying in the famed tourist areas will find no better place than Greenwich Village and Chelsea.

You’ll be closer to famous places in the south, like the Statue of Liberty and the Brooklyn Bridge. However, you’ll need to use public transport to get to the major sights in Midtown.

You’ll see splendid and affordable hotels in Chelsea, New York, depending on your taste and preference.

Selina, only two minutes walk from the park and Hudson River, offers a stunning restaurant, rooftop bar, and coworking option. So you might want to consider it.

Williamsburg: Perfect for Tourists Wanting to Enjoy NYC Away From Manhattan Noise

Williamsburg is a trendy neighborhood in Brooklyn borough. The Williamsburg Bridge connects the district from the East River to the East Village. Suppose you seek the best place to stay in New York City for tourists without Manhattan’s noise, consider Williamsburg.

Williamsburg has a great art culture, a thriving nightlife with excellent restaurants, pubs, cafes, and gardens. As a hip neighborhood that draws the fashionable and young to its buzzing restaurants, trendy cafes, and chic boutiques, you’ll never run out of fun things to do in Williamsburg.

Lower East Side and SoHo: Ideal for Coolhunters and Hipsters

Lower East Side and SoHo (South of Houston Street) are two of New York’s most popular residential areas. These places are great for hip tourists who want to experience New York without the dazzling lights and iconic landmarks.

Lower East Side is one of New York’s oldest neighborhoods and offers vintage shops, cafes, and stores. SoHo is famed for its iron-cast structures, as well as many art and design shops. You’ll love Lower East Side and SoHo if you want to live like a New Yorker for a few days.

Upper East Side: Perfect for Luxury Shopping and Museum Lovers

Upper East Side is an upscale part of Manhattan for luxury lovers and people who don’t mind stretching their travel budget. This part of Manhattan is significant for tourists who want to do designer shopping and explore the finest arts in New York, making it the best place to stay in New York for sightseeing and engaging in fun outdoor activities in NYC.

And the best part is, you can also visit the central park or engage in one of the numerous free things to do in NYC to ensure you have a memorable stay.

You’ll find some of New York’s famous museums – Guggenheim, Neue Galerie, and the Goethe Institute, amongst others, in the Upper East Side. This quiet area is perfect for tourists who want to avoid the bustle generally associated with New York.

If you love the nightlife, you’ll immensely enjoy the East Village. There are late-night clubs and rooftop bars scattered across the area that offer a mix of old and new school New York vibes.

Queens: Ideal for Travelers on a Budget

Queens district is where you want to be if you visit New York City on a tight budget. Queens is 15 minutes away from Manhattan if you take the subway.

So, you can stay close to the essential sights without worrying so much about accommodation costs.

Living in Brooklyn or Manhattan: Which Borough Is Best

Most newcomers to New York City often have to answer the question of which borough to settle in. The choice often comes down to Brooklyn or Manhattan.

Both boroughs have outstanding reputations and offer great potential for advancement in career, business, or social life.

Manhattan offers the fast-paced way of living that makes New York City famous. If you prefer the never-ending thrill of living in a dynamic city, then Manhattan is where you want to settle. Brooklyn offers a relatively laidback lifestyle with a greater sense of community.

New York has a vast transport system that makes it unnecessary for most residents to use a private vehicle. Your commuting requirement will most likely be influenced by where you work. Subway coverage declines as you go further south and east of Brooklyn.

The same is true as you go north of Manhattan. You can seek alternative means of transportation in the city – buses, ferries, and Citi Bike – if you’re far away from the subway.

Type of Building You Prefer

Manhattan is renowned for its high-rises and townhouses. Brooklyn, on the other hand, is famous for brownstones and lofts. Both boroughs offer several different types of housing options. However, the type of houses you want to live in might influence your choice of the borough.

Both boroughs have relatively high living costs. However, the bustle of Manhattan may prompt residents to go out and spend more than people staying in the laid-back areas of Brooklyn.

Where to Stay in New York – Prices

Depending on the part of New York City you’re visiting, your budget, and the accommodation type you choose, you can spend about $100 or more. However, when you book well in advance, you’re guaranteed to get a great room that’s within your budget. 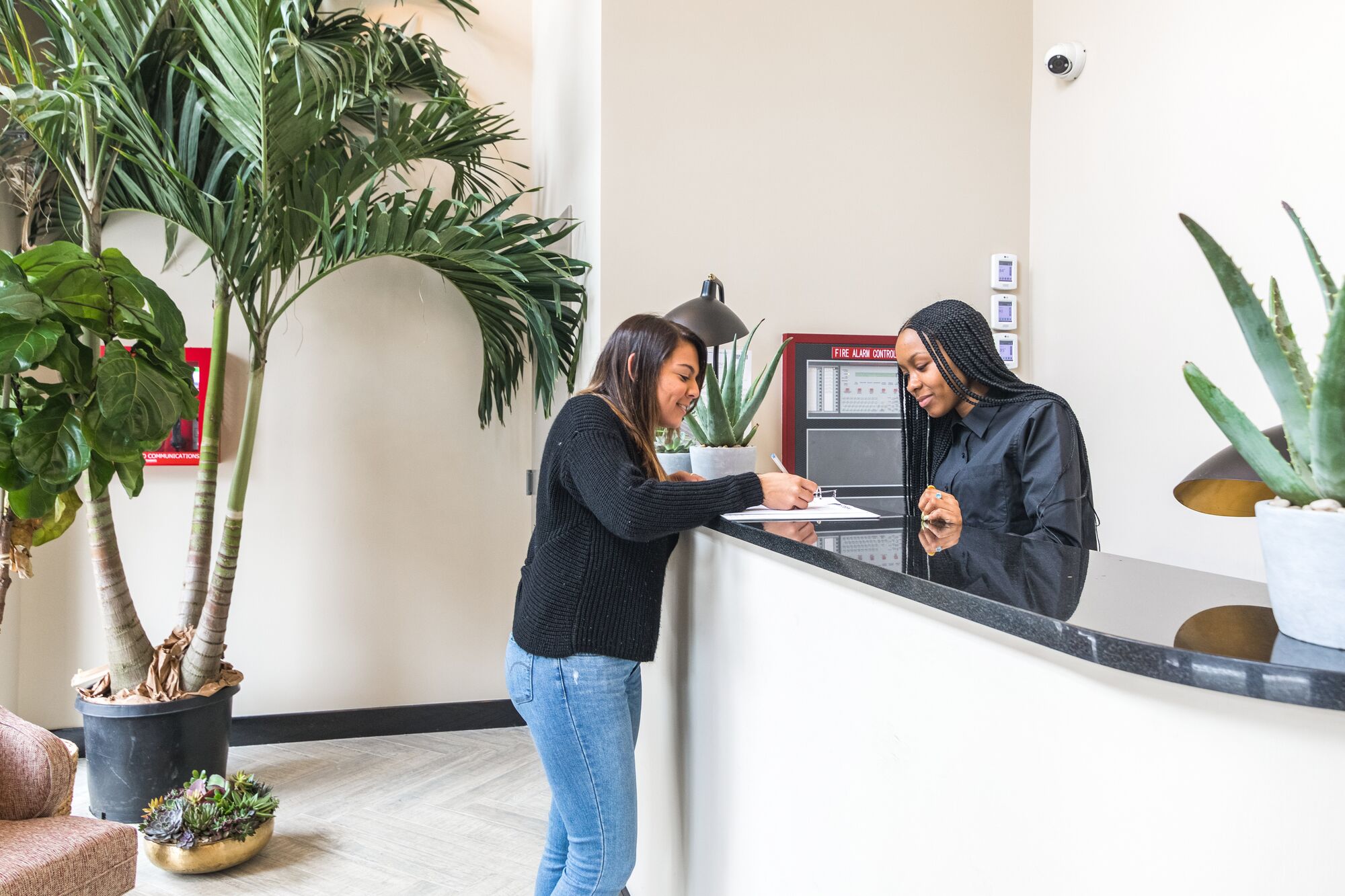 If you’re a first-time visitor, staying in Midtown Manhattan will enable you to easily take in the iconic sights and views that give New York its prestige. While other parts of NYC hold their special appeal, Midtown Manhattan tops it all as many will agree.

The Upper East Side area will best serve luxury shopping and museum lovers looking for a place to stay in New York City.

New York romantics and other lovers of the city’s culture will find Greenwich Village and Chelsea perfect for their taste. Lower East and SoHo is the recommended option for hipsters and New York coolhunters.

If you’re visiting on a budget, you can maximize your resources by finding a place to stay in Queens.